My SHOCKING Conversation with a Major Agora Insider 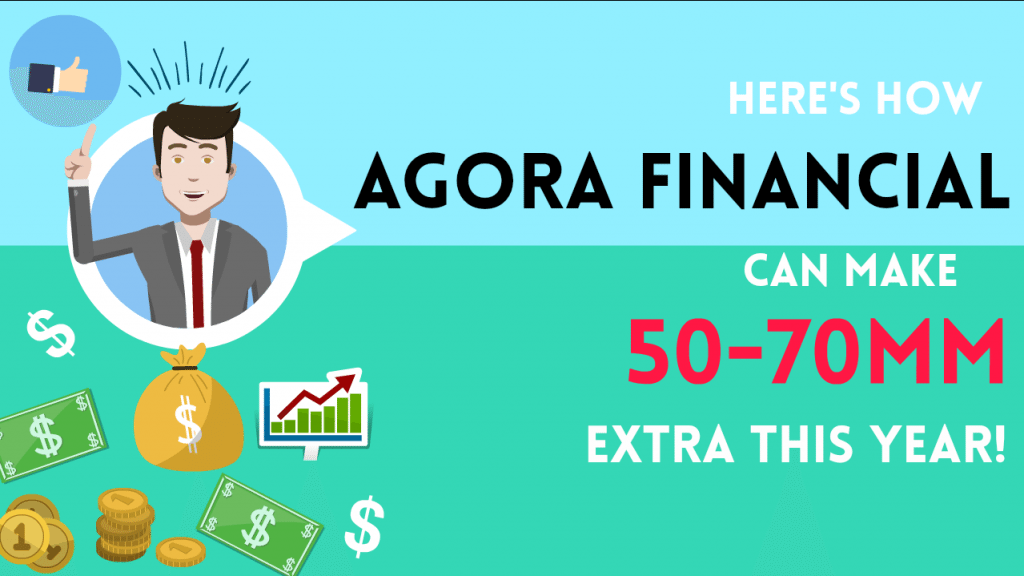 Me: “After what you just told me, based on some numbers I’ve done in the past for clients, I’d guess that Agora is leaving between 50-75 MILLION on the table yearly…”

There I sat, shocked. A 100 million dollar company with only ONE part of the lead monetization equation that I’ve seen work over and over and over.

I mean, I already kinda KNEW from working with several branches, but to hear it all but admitted it was shocking. The answer was given to them (literally in one case ;)), and the focus still wasn’t changing.

So what’s the problem with Agora? And how can my pointing out their flaws help you?

Well frankly…THEY’RE NOT DOING IT!!

They all but gave it up years ago and due to some failings, or some misguided decisions, are leaving MILLIONS ON THE TABLE!!

Part of their problem (if you want to call it that) is that they’ve got so much cash that lead generation is an after thought. They had some bad experiences, or never really put in the effort, and decided “we’re done.”

Again, it’s a great problem to have. However, most of us don’t have the kinda cash to just focus on front end buyers. In addition to that fact, the lack of diversity in revenue generation COULD lead to missing massive opportunities…if done CORRECTLY!

So today I want to give YOU (and Agora, you’re welcome) the blueprint for them to follow to generate another 50-75mm a year…

First, what is NOT a challenge for Agora (or you hopefully): VOLUME

In the past I’ve seen the volume of ‘free offer’ leads that Agora can generate (it’s a METRIC TON) but have you done a list swap with them with one of their ‘free’ lists? If you have, you’ll know exactly what I’m about to say is true. Their free list stinks! They know their free lists are junk, that’s why they swap it around within the company where each division is COMPETING WITH THE OTHERS!

Are their lead generation offers bad? Bad ad sources? More writers? Less writers? Too many products? Too few products? WHAT!?!

Second, it’s NOT their copywriters or offers. Agora is the highest writing achievement around, and those writers are the greatest in the world without question. They’re ALL amazing…and if they’re not amazing NOW, they will be because they truly focus on training up teams of copywriters…it’s stunning to see.

Their internal advertising buyers for the most part know how to really reach far and wide for people who might be interested in their offers. They’ve got the financial backing to spend, spend, spend!!! Which is great, unless it goes unchecked, or badly focused and dollars just swirl down the drain.

The lead quality is bad. If it wasn’t, their lists would be rocking, and buyers would be coming in from those sources at high volume throughout the year!

First, let’s refer back to the swaps as I mentioned above.

It’s a ‘click and your in’ system which produces a TON of volume, but…LOW QUALITY.

Now, where have YOU seen the lead generation ads running? HINT: EVERYWHERE! I’ve seen them on clothing sites on my wife’s computer as she got to the bottom of the page. It’s a ton of outbrain and taboola stuff.

Now, those aren’t all together bad sources but the FILTERING (HINT HINT:SOLUTION) required from those sites needs to be MASSIVE. You’re getting a lot of junk from there. People might read a killer headline and have little to no interest in trading anyway, but might be kinda interested, and they become a lead and take up space on your list where no matter what you do, they’ll never buy. Then you just keep bragging about 200k people where 90% are worthless because your copywriters are better then your ability to filter out the scum.

I know…we (TradersNewsMedia) run ads on there and we have to filter out a MASSIVE amount of fake names, tire kickers, etc, etc.

So without FILTERING, you’re basically fishing with TNT and anything that dies goes into the boat which is a bad analogy, but true in this case…a lot of dead stinking fish just taking up space when upon further examination are all junk fish.

Sure they’re hitting the financial sites/lists/sources…and that’s where most of their decent free offer leads are coming in. But a drop in the bucket vs the massive volume of BAD leads from other sources.

They need to FILTER their sources, just like you do, to get the best quality possible.

HOW should they filter?

Well there are three approaches:

The last place you need to focus on, and where they’re missing is the CONNECTION with their leads.

With volume, and filtering, you’ll improve the quality of the leads flowing in…but what about the CONNECTION to turn them from lead into buyer? Or buyer time and time again? Loyal company follower that could say run a chat room? Or be a bigger part of the organization?

That’s a HUGE part of growing and monetizing leads BEYOND what the old metrics say…it’s about really connecting.

Here’s why it’s more important NOW then ever before…

There are so many people competing for your leads’ attention. They’re ALL trained to your marketing methods and pitches. Their ‘bs’ detector is WAY up. And they want to CONNECT with someone they learn from and buy from.

The impulse sales will still be there but the HUGE MARGIN value is in taking care of the quality leads that come in, build a REAL connection, and get them sold out for YOUR mission.

Do you filter your leads to produce QUALITY people?

And are you CONNECTING with your leads to really get them on board with your mission?

Fix it because your BUSINESS DEPENDS ON IT!

Buckle up and say ‘ok, I need to fix X in this process…’ AND DO IT.

If you need a hand, I’m here. I know what I’m doing and I am going to make myself available FOR THE NEXT FEW MONTHS (heading back to Africa in September) to take on some special clients for an intensive that is SURE to blow up their business!

All my best,
Brad

P.S. Even if you’re not sure which part of the process you might be missing, ASK ME! I’ll help walk you through it, and SHOW YOU! Your success is MY success…