Financial Marketing: What WON’T Work in 2015

Good (whatever time you’re reading this), 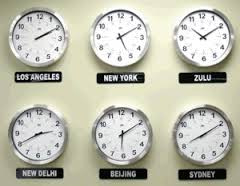 When I was considering this topic (specifically focused on financial marketing), I really could have gone one of two ways …

I’ll touch on the three main marketing channels and
advise you what NOT to do, in each, in 2015.  The hope is that you will listen…and make money!!

**Too Personal or Impersonal email copy WON’T work in 2015

I’ve seen a shift over the last year towards the more ‘formal’
type emails, with a more corporate/professional feel.

Those emails aren’t bad…unless you really have no corporate image, in which case they’re awful.

There are newsletters and companies that SHOULD have a more formal(corporate) tone to their emails, but for the most part, if you’re reading this…that’s not you.

That being said…you’ve gotta realize who you are writing to when you’re writing your email copy, especially with financial marketing.

Think of your demographic – unless you’re selling ringtones, you should never use ‘dude’ or ‘come on man’ or anything similar, it is unprofessional and your target demographic will instantly lose respect for you.

I saw it happen 🙂

So strike a balance between formal authority and friend…

Next, lets talk about advertising…

“Brad we ran the funnel on our Google ad word campaign and it just didn’t work, we want you to build us a new one.”

Although I love the business (hint hint) I’d rather provide you with a good view of a funnel’s value (even if I personally think it stinks) based on MULTIPLE channels, not just one.

You get my point.

So when you create a funnel (or have me build you one**) you have to test it across different advertising mediums to really determine the value of conversion.

(**note: Funnels can be built to convert depending on the type of ad traffic.)

Lastly, let’s talk about the affiliate side…

This is something I’ve literally said over and over for the past 3-4 years…but people don’t listen all the time, and much like my (almost 3 year old) I have to say things over and over…

You have to consider the above point, much like your advertising where you test/use multiple mediums, but on an affiliate side if you just rely on them…SCALING will be your biggest issue/challenge.

John Carter, the MAN behind Simpler Options, has an affiliate program that did over 9mm in sales last year.  Yes I was a big part of that 😉 But over the past few months, he has been ramping up ad buys – preferring NOT to rely only on affiliates for MAX growth. His well structured formula is a great example of how diversity in financial marketing pays off.


Eventually you’ll hit a ceiling…so before you hit that and scramble consider advertising (with me helping you).


All my best,
Brad

P.S. If you need to reach me here’s my contact info: